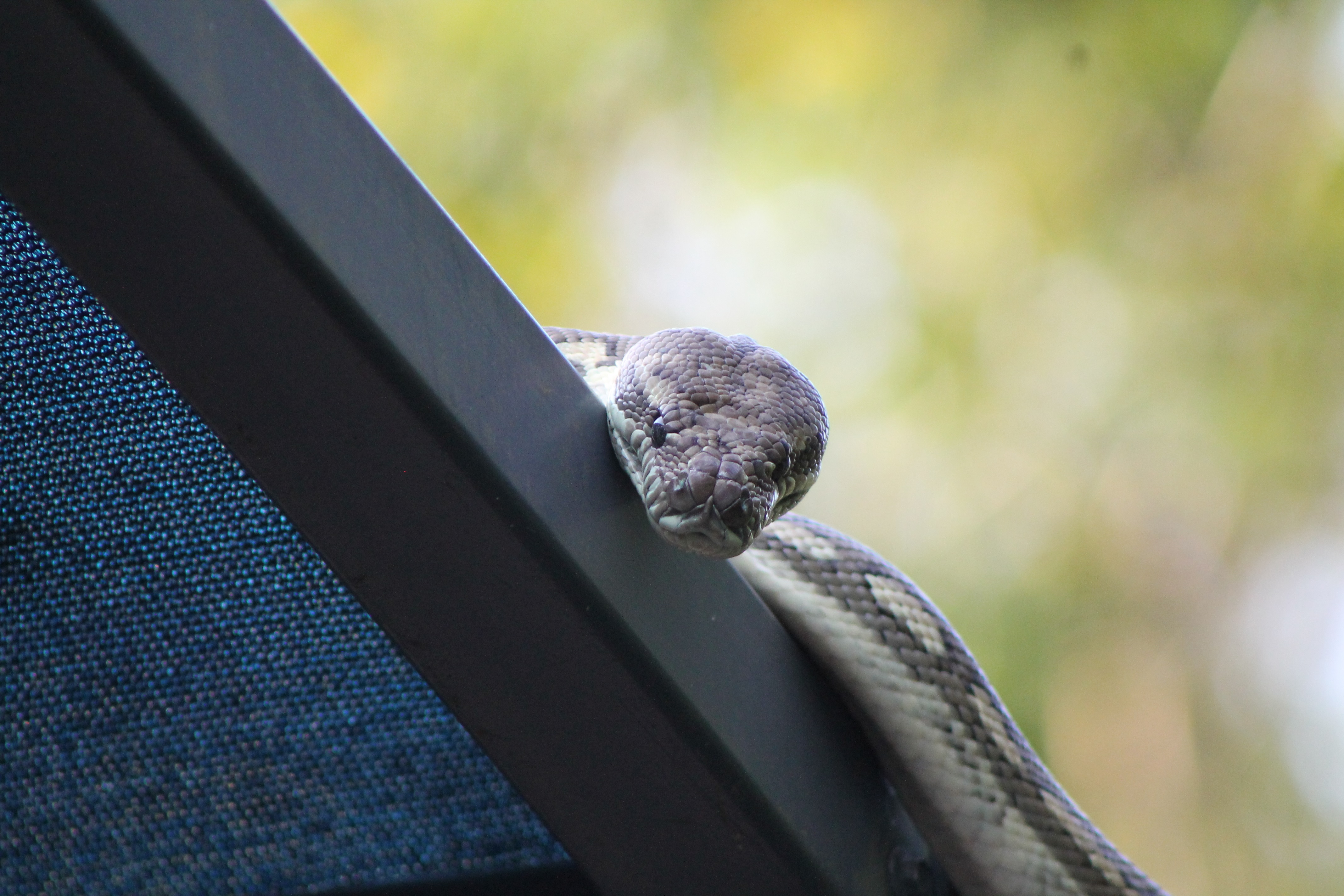 The outer western suburb of Brookfield is renowned for being quiet, genteel and, some might say, boring. But what this quaint rural outpost lacks in nightlife it makes up for with wildlife.

Maybe it’s the heat, or the recent super moon, but the native animals seem particularly feral lately. Their noise, their unruly appetites, and their ceaseless home invasions have left us feeling as though the ancient battle between the wild and the domesticated is being waged on our doorstep.

Wildlife experts warn homeowners against feeding backyard birds because it encourages an unhealthy dependency. (Much the same applies to teenage boys, but Child Safety Services says I must keep it up until they’re 18.) But such advice overlooks how adept wild birds (unlike teenage boys) are at sourcing their own food.

Hours after rehabilitating our pond and restocking it with frog-friendly fishes, I witnessed two white-faced herons stalking through the lily pads on their spindly yellow legs. Other waterbirds descended, along with kookaburras and kingfishers, munching with the single-minded ferocity of Instagram food bloggers, and emptying the pond in record time.

In Spring, when the magpies weren’t swooping, they were snaffling the juiciest mulberries from our tree, then strewing purple droppings along the deck, the car, and the washing line. Now we must contend with adolescent magpies’ relentless squawking as they solicit grubs from their parents or steal organic layer mash from our brainless Pekin bantam hens whose eggs are then stolen by a goanna who roams the yard like some prehistoric beast.

The mangoes on the fecund tree outside our bedroom are ripening, but there will be none left for us. Already we are bracing for the sound of fruit bats getting drunker as the night wears on, bickering, fainting in the heat, falling out of the tree, and setting the neighbour’s dogs off.

Hopefully there will be no possums down the chimney this Christmas. A few years back, I woke to find our fruit bowl smashed, and its half-masticated contents spread the length of the benchtop and the floor. My children were younger then, so I blamed them, and yelled. The real culprit was only identified when I spotted a fat furry ball curled up high on a bookshelf.

My husband donned a pair of gardening gloves while the possum hissed, spat and clawed during his eviction. It was a spectacular effort the possum’s part, but my husband shone too, particularly given that he is an Englishman whose definition of dangerous wildlife had hitherto been confined to the squirrel.

My mother had primed him for the dangers ahead. During the course of our engagement, she took sadistic pleasure in clipping newspaper articles about misbehaving Australian animals, and mailing them to him. From the usual suspects, like snakes, sharks and spiders, to kick-boxing kangaroos, head-butting cassowaries and bad tempered koalas, nothing was off limits.

Since then, my husband has removed a drowning bandicoot from the pool, a colony of red back spiders from the garden setting, several paper wasps’ nests from the bay tree, and a two-metre carpet snake which sought refuge behind our kitchen bin.

But he’s yet to tackle the egg-stealing goanna. You have to pick your battles.

This story appeared in The Courier-Mail on 14 December 2016.

If you’re good at something, never do it for free.

The Joker, The Dark Knight