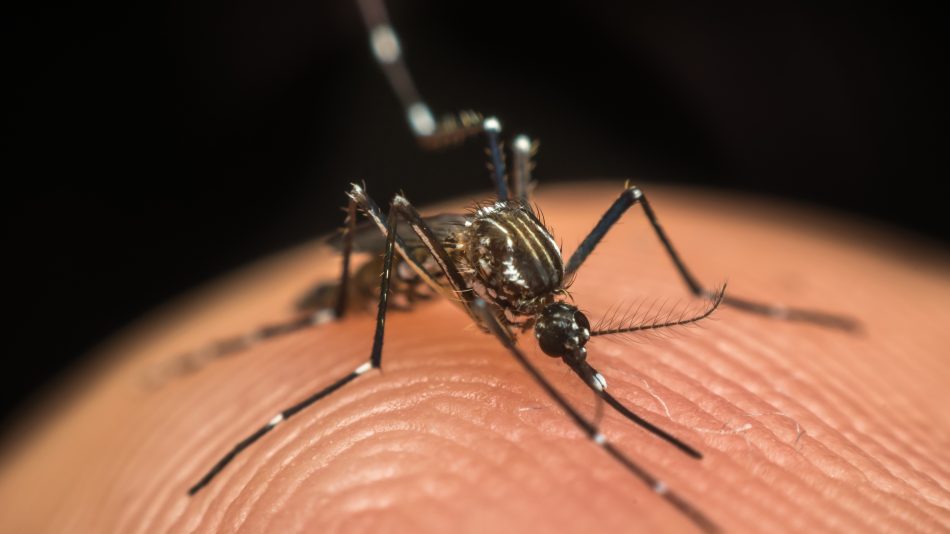 Hungry mosquitoes are massing outside my window. They fly in threatening circles, their collective buzz approaching the decibel range of a bikie funeral procession.

For a brief moment I wonder: Where is Campbell Newman when you need him? But then I recall that, while our former premier got rid of many things, mosquitoes were not one of them.

In the meantime, the mosquitoes are sharpening their disease-ridden proboscises. Some, I suspect, are carrying chopsticks or cutlery.

They are probably even taking photos of me on their miniature mobile phones, to upload to Insectagram with the caption #nomnomnom.

I used to be the sort of smug cow who could sashay though a barbecue without so much as a single bite, while all those around me were slapping, itching, scratching and cursing.

As a child, I spent a lot of time at my cousin’s house, where we slept in twin beds under white mosquito nets.

I could hear the incessant whine as these winged beasts flew overhead en route to her.

Using the air pressure generated by thousands of beating wings, they always managed to lift a corner of her net and slip through, so she would wake covered in angry red spots.

On holidays a few years back, my husband and I ventured out for sunset drinks, and the mosquitoes took to him like a bunch of bogans at the last ever Sizzler salad and dessert bar.

I don’t recall being particularly sympathetic, even after he developed a nasty case of hives.

Back then, I considered mosquitoes irritating but harmless – on a par with those “Drive Safe” smiling signs, or checkout assistants who ask you how your day has been.

Until one night, they mysteriously descended on me like a black cloud, and I’ve had not a minute’s respite since.

Someone explained that mosquitoes prefer type 0 blood over A or B. Yet unless I had a complete transfusion that somehow escaped my notice, that can’t be the reason why I’m suddenly irresistible.

However, I am drinking more beer, which they love. Apparently.

Just as no-one can say what causes mosquito magnetism, nor can anyone speak to a remedy.

Brisbane City Council are doing their best, bless ‘em, by bombing the bejeezus out of known breeding sites, but the mosquitoes don’t seem to notice.

Citronella candles are also ineffective. Having also failed with wristbands, bug zappers and walking round with a pet pig as a decoy, I recently started wearing insect repellent.

However, I quite can’t shake off concerns over its active ingredient N,N-Diethyl-m-toluamide (DEET) which, I’m pretty sure, was in Agent Orange.

Someone suggested eating more garlic. There were mixed results. Garlic did nothing for mosquitoes, but it definitely repelled other commuters, and got me a seat to myself on the bus.

This column was published in The Courier-Mail on 13 February 2018.